As the new Xbox Series X release is just around the corner, the hype around Microsoft’s console is more intense than ever. To make the wait more bearable, the company just released a function that was long sought after by many gamers – streaming games to your phone via the xCloud service. As of now, over 150 original Xbox games are supported, and the list will be updated continuously over time. The idea is simple – you choose from a wide variety of high-quality games, just like on the site Online Casino, which you can then play from an Android device of your choice via internet connection. The heavy lifting will be done either by your console or PC, but a lag-free stream will make sure that you can control your game effortlessly in real-time. Playing Xbox games on the phone seems like an idea that is too good to be true, and we have to admit it is hard to believe we will finally get to enjoy it. However, unfortunately, iPhone users won’t get to indulge in the fun. Due to a conflict of interests between Apple and Microsoft, the only viable option to stream games will be on Android devices. Assuming that you already own one, let’s dive into the setup process to enjoy the best Xbox games on your phone in no time!

How to Play Xbox Games on an Android Phone

The first thing you will need is an active Xbox Game Pass Ultimate subscription. This will set you back no more than 14.99 dollars per month, which is quite agreeable. A subscription will not only give you the option to access Xbox games but also avail of the many PC game options and discounted prices. On top of that, the package will include Xbox Live Gold. With it, Xbox games can be played on multiplayer with added benefits.

Secondly, you will need to have an Android device that is running Android 6.0 Marshmallow or a later version. This can either be a tablet or mobile. You want to get one that has as large screen as possible to enjoy your gaming experience to the max. Also, the device should be able to support Bluetooth 4.0 or higher. While something like an old Windows phone 8 for Xbox live games may not get you far, most of the newer phones should do the job just fine. Once you’ve downloaded the Xbox Game Pass app from the Google Play Store, you will be halfway there to start gaming.

The third thing you need to have is a compatible controller that will connect to your Android device via USB or Bluetooth connection. If you opt for the USB option, you should be fine with a micro USB to USB-A type cable that has an OTG adapter. This is the same one that is used with the Xbox wireless controllers, as well as the DualShock 4. The adapter is necessary so that the cable can fit into your charging port. Either USB-C or micro USB will work. The Xbox One Wireless Bluetooth controller is a great option if you get an additional phone clip. This is true for the newer iteration of the controller. The older, glossy ones do not support Bluetooth functionality. However, there are many xCloud controllers to choose from, and you will be able to pick something that fits your taste. After the announcement of streamable Xbox games, many companies are jumping in with their designs to fill the market. Microsoft is also working on a feature that will allow users to use on-screen controls when gaming. Currently, it is not quite there yet in terms of full integration, but it does support Hellblade: Senua’s Sacrifice, Minecraft Dungeons, and Gears 5.

Lastly, you will need a decent internet connection. Either stationary or Wi-Fi will work. While connecting to a router is recommended, a 4G or 5G connection should do the job well enough, provided that you have speeds of at least 10Mbpbs. Nowadays, most internet plans reach such speeds easily, so it should not be much of an issue.

Once you have all the necessities, you will be almost ready to start gaming. Make sure to download the Xbox Game Pass app from the Google Play Store. Do not get confused by the two options of the app. One is the beta, and the other is the stable version. The stable Game Pass app has a green background in its app icon, whereas the beta one is white. The next step will be connecting the controller. If you are using the USB connection, things should be pretty straight forward. In case you have to pair the Bluetooth version use a guide on how to do this. After you have done this, boot the app and log in to your Microsoft account. Beneath the topmost section of the menu, you will find the “cloud” option. After you click on it, you will be able to start the game, and it will start streaming onto your mobile device

We hope that we have made the process of setting up your Xbox to mobile streaming clear and effortless. The new streaming option should give you some new inspiration to try out all your beloved Xbox games on a mobile device, whether it be action, role playing, or sports genres. If you are a fan of chance-based games, Release the Kraken is something you should definitely try. All in all, we are incredibly excited about the new option Microsoft has provided for the gaming community. What do you think about streaming games on your phone? Are there any particular new Xbox games you are looking forward to? Please share your comments in the section below! 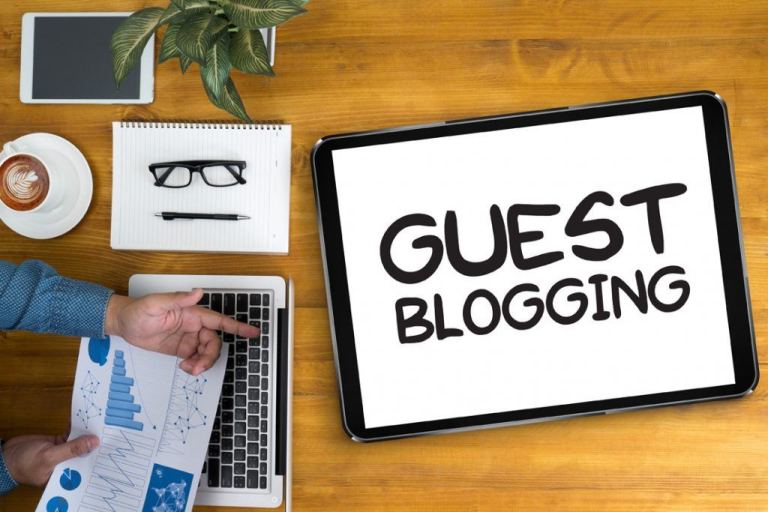 How to Use Guest Blogging for Link Building?

How to Customize Windows 10 Start Menu and Task Bar

Customize Leather Jackets According to Your Mood